I am so very excited to announce the publication of the first of my husband’s books “Between the Devil and the Deep Blue Sea” by James Gaffigan, a psychological mystery-thriller.

It has taken me over 5 years, but the day has finally come.  It is available right now on Amazon Kindle, Ibooks, Nook and also Kobo.  Print version will be available 10/25 on Amazon and through the Troy Bookmakers (the publisher).  It will be in the Book Nook in Ludlow by Oct. 29.

Below is the Press Release written by the editor and my friend Joe Milliken:

LUDLOW, VT. – The late writer and playwright, James Gaffigan, always had a dream of writing and publishing a book and although he wrote four manuscripts during his life, he never got the opportunity to have them published. However, that dream is now becoming reality as his widow, Irene Gaffigan, a Local Realtor with the Bean Group, is making sure his manuscripts are to see the light of day and become published novels.

Born in New York City in 1939, Mr. Gaffigan grew up in Douglaston Queens, was a graduate of St. Johns University and lived on Charles Street in Greenwich Village, where he launched The Charles Street Newsletter. Jim also wrote a play titled The Jar (Jury Assembly Room), produced and directed by his sister, Catherine Gaffigan. After moving to Edison, New Jersey for a time, Jim taught English at a few of the local colleges before retiring to Vermont, where he lived in the resort town of Ludlow the last decade of his life.

The first of Gaffigan’s four manuscripts to be published is titled Between the Devil and the Deep Blue Sea, a psychological mystery-thriller based on Long Island, New York and in Echo Pass, Colorado – a half-built resort community that is soon-to-become a ghost town if not saved from the clutches of deceit, greed and bankruptcy. The novel is edited by Joe Milliken, a Vermont-based freelance writer, budding novelist and friend of the Gaffigans.

Published by The Troy Bookmakers and set to be released in October, Between the Devil and the Deep Blue Sea will be available in print at Amazon, Book Nook in Ludlow, VT, Village Square Booksellers, Bellows Falls, VT, Market Block Books, The Book Loft, The Book House of Stuyvesant Plaza and select Vermont bookstores. E-book distribution through Bookbaby.com will include iBookstore, Amazon, Barnes & Noble, Sony, Kobo, Copia, Gardeners, Baker & Taylor and eBookPie. The book will also be available through a soon-to-be-launched web site, http://jamesgaffigan.net, as well as a Facebook page dedicated to Mr. Gaffigan’s writing.

The idea of a week long company orientation would make most of us yawn.  But Rackspace, a web hosting company in San Antonio, puts one on that is anything but boring. Check it out here.

What do you think… fun or a plain waste of time?

I hope you have a fanatical week!  I’m here if you need anything.

Thank you Vermont and Maine

Waterbury, VT – The Vermont State Police (VSP) will be deploying 11 troopers to New Jersey to provide law enforcement assistance in the aftermath of Hurricane Sandy. The VSP convoy will leave from the Williston Barracks tomorrow, November 4, 2012 at approximately 9AM for a seven day deployment. 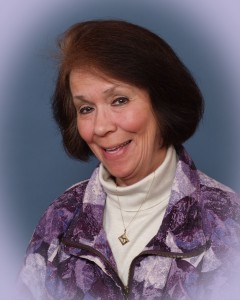 If you are considering listing your home for sale or buying Southern Vermont Real Estate, please give me a call at 802-353-1983 or email me at [email protected] 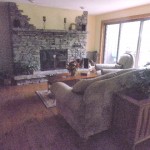 2000 sq ft Ledges unit! Beautifully decorated, set over 2 levels with spectacular views, large sauna, large wet bar and 2 large field stone fireplaces that set this apart from other Ledges units! The unit has two living areas and offers an ideal location at the end of the road at the highest elevation!

The unit is beautifully furnished and includes several televisions, DVD players and a fully equipped kitchen including dishware, cookware, coffee maker, toaster and utensils.  Two living areas make this unit ideal for two couples to each enjoy private space or for children to enjoy a separate play area!  Ready for immediate move-in! Priced to sell at $199,900.00 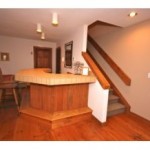 On August 28th, 2011, Tropical Storm Irene hit Vermont. The flooding hit many parts of that state, some worse than others. The storm caused more damage than many here have ever seen.

While many people (and their communities) that weren’t affected have moved on, they’re not always aware that there are still many that continue to deal with the aftermath of Irene.

Vermont has made much progress in rebuilding. It’s been a lot of hard work. Almost immediately after the Irene hit, those that weren’t affected volunteered to help out their fellow neighbors salvage their personal belongings, clean up and rebuild. To this date there are still many volunteers helping out.

You can see more about what volunteers have done and volunteer yourself at: SerVErmont for Irene Recovery

The “SerVermont for Irene Recovery” facebook page is a place for people to share experiences about Irene in Vermont and what the experience has meant to them and also collaborate with other volunteers.

You can also contribute to the efforts by buying a Vermont Strong licence plate, which sell for $25. You can find a retail location here: Vermont Strong Licence Plate Retailers.

The “One Year Stronger: A Commemorative Gathering on the First Anniversary of Tropical Storm Irene” will take place on August 28th at the Chandler Center for the Arts in Randolph. The free event will be from 7–8:30 p.m. Everyone is invited.

“This event is a celebration of how far we’ve come in recovering from one of the worst storms in this state’s history, thanks to the commitment of Vermonters to their neighbors and communities,” Gov. Peter Shumlin said. “It is also a recognition that there are still people who need assistance and work that remains for those struggling to recover from the devastation of the storm.”

The commemortive gathering will include speaches from the Governor, flood survivors, recovery heroes and volunteers. There will be musical performances by Vermont musicians such as Diane Martin, Shyla Nelson and Jon Gailmor as well as by the VYO Chorus and Vermont Youth Orchestra.

There will also be an exhibit of photography and artwork expressing the impact of Irene on Vermonter’s lives displayed at the Chandler from 4-8:30 p.m.

Other Irene Anniversary events will be happening statewide this month. Many local Irene events should be posted on the Vermont Strong website.,

Happy New Year to you!  As most of us do at this time of year, we reflect on what has happened over the past year and what we want to have happen in the coming year.  I find that my own behavior contributes to the success that I enjoy, whether it is a personal success or a professional one.

So I wanted to take a moment and outline some of the thoughts that I hope to keep close this year.  Consider these some great ideas to improve your life in 2012!

Here is wishing you the best year you can possibly have!

Until next time, Irene

Things to do in the Mountains

I love Vermont!  Even when the slopes are bare there are many activities to attend, from sporting events to outdoor music concerts.   We are fortunate in this area that so many opportunities exist.  Every weekend you can choose from Stratton’s Saturday under the Stars Concert Series or Killington’s Its Cooler in the Mountains Concert Series or Okemos’ Friday Night Jackson Gore Concert Series.  Pull up a chair, bring a blanket and get your groove on at these free events.

Looking for other interesting events?  Stratton is hosting a Motorcycle Rally on August 20th that has a host of activities beyond two wheels – BBQ, Gondola Rides, Vendors and Live Music!  If you feel like travelling a bit further, check out the 16th Annual Vermont Garlic and Herb Festival in Bennington on September 3rd.  Taste everything from Garlic Ice Cream to Garlic Margaritas!

Trying to stay in shape for the coming ski season?  The 100 on 100 Relay on August 13th might be for you.  Runners from across the country converge on the Green Mountain state each August for this long distance relay along scenic Route 100 ending at Okemo Mountain.  Running races in New England are increasing in popularity and Vermont races put on by Heart of Vermont Productions are looking to lead the way.

Or check out the Eastern States Cup DH Race at Mount Snow on August 20.  The final downhill mountain bike race of the season, registration includes lift service for practice on Saturday and race day on Sunday.  Beginners to pro races welcome – and of course it’s free to spectate!

One of my favorite activities is to stroll through one of Vermont’s beautiful villages taking in the sights, shopping and visiting local restaurants.  Woodstock, Chester and Weston are three of my favorites and I encourage you to plan a visit.  This area is rich with diverse activities and you will be sure to find something for everyone.

Until next time, Irene

In the Heart of Vermont ski Country

Right between Killington and Okemo ski resorts. Located just off VAST (Snowmobile Trails) there are possibilities for direct access to the trails the building features a heated garage which would be a perfect place to store and work on your sleds. It is also equidistant to echo lake and Woodard reservoir and just down the road from the Coolidge historical sites, Long Trail brewery, and the village of Woodstock this is the perfect location for year round vacation or daily life! There are 4 bedrooms, 4 large bathrooms, and an updated kitchen. Each room has individually controlled thermostat, and a propane fireplace. The building is very energy efficient! Owner financing available – this is not a drive-by – Priced to sell!  $229,900.00

What did the Pilgrims eat on Thanksgiving?

It is commonly believed that the first actual celebration of the harvest and blessings from God took place in Plymouth in 1621. The festivities lasted three days and included feasting, entertainment, and competitions. For more about the holiday’s history!

Who Doesn’t Love a Parade?

The first annual Macy’s Thanksgiving Day Parade took place in 1924. That first year, it was known as the Macy’s Christmas Parade. It was created to launch the holiday shopping season. Today, the parade is attended by an estimated three million people each year. Approximately 44 million people around the country watch the parade on television.

Want some holiday music to enhance your gathering? Get free, fast downloads of 30+ songs.

“If you want to turn your life around, try thankfulness.”  …. Gerald Good

Thanksgiving Around the World

Canada celebrates Thanksgiving on the second Monday in the month of October.

India also has a number of harvest related festivals in different regions.

Other Thanksgiving traditions around the world.

Money-saving tips for Thanksgiving–something we would all be thankful for!

1.      Have a BYOD (bring your own dish) celebration. Asking your guests to contribute to the meal is a great way to save on expenses–and on your own cooking time.

2.      Keep it simple. Cut down on the number of side dishes you have. A festive table doesn’t have to be extravagant.

4.      Use natural items for decorations–leaves, fruit, squash, gourds, pumpkins, and dried flowers from your garden. A large candle and colorful fruit make a lovely centerpiece. Visit a dollar store for inexpensive holiday items.

5.      Check store ads for sales and coupons before you shop for Thanksgiving Day goodies.

6.      If time and your schedule allow, bake it yourself. Baking all your pies at one time will also save energy costs.
END_OF_DOCUMENT_TOKEN_TO_BE_REPLACED